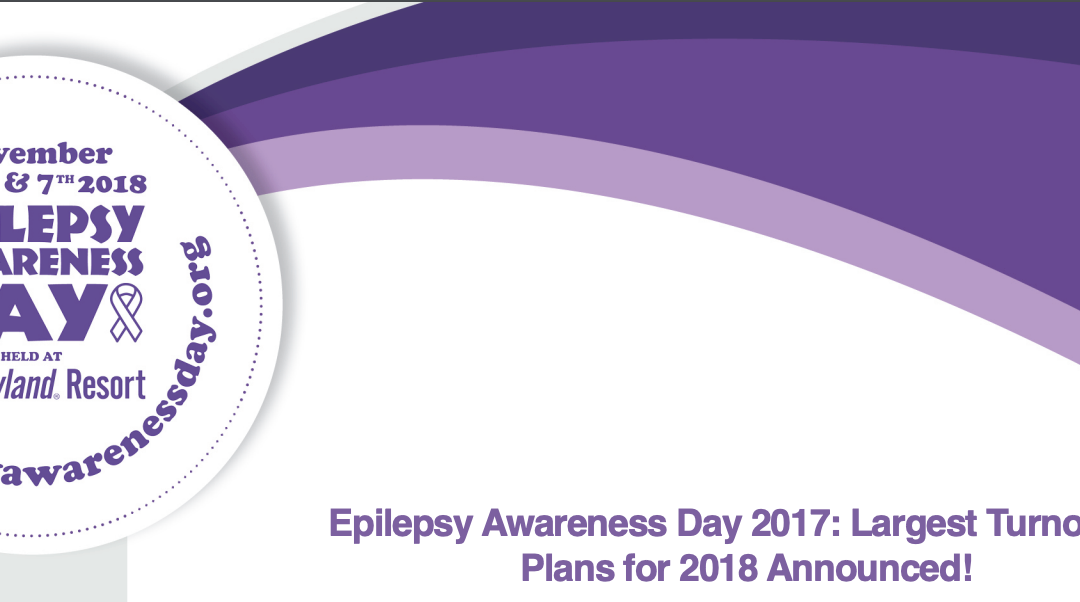 November is Epilepsy Awareness month, and the 5th Annual Epilepsy Awareness
Day (EAD) November 2017 was the largest gathering under one roof of epilepsy
patients, physicians and hospitals in the world. Held at the Disneyland Resort in
Anaheim, California, the 3-day event included a 1.5-day convention with 100
exhibitors and 30 physicians/specialist talks, non-profits, and ended with a full day
at Disneyland for families.
Epilepsy is a brain disorder marked by recurring seizures, or convulsions, and it
affects 1 in 26 people with onset often beginning with children. It is also estimated
that as many as one-third of individuals with autism spectrum disorder also have
epilepsy. Despite affecting such a large breadth of the population, the National
Institute of Health’s estimated research budget for fiscal year 2017 is only $145
million.
EAD is an annual event operated by the Irvine based non-profit foundation Sofie’s
Journey/EAD, now in its sixth year which draws people from across the globe. “We
wanted to create an opportunity to drive epilepsy awareness, with awareness the
key to overcoming challenges created by epilepsy,” stated Candy Levy, CoFounder of Sofie’s Journey/EAD. “At our event we bring together patients,
physicians, advocates, non-profits, services, pharma and this year we had a large
section of the convention facility for people to meet their possible and future
service dogs.”
“We have learned so much, met many people with similar things like us, but most
importantly we learned that we are not alone in this fight with epilepsy. Awareness
is spreading like wild, it’s the best,” said Mandy G. from Kansas. “We have been
so lucky to work with the UCLA pediatric epilepsy department to help our son. We
travel to the west coast every few months for treatment.”
Sofie’s Journey began with Sofie Levy, who had her first seizure at 5 years old.
After years of pursuing treatments and options, the Levy family was given the
opportunity of brain surgery for Sofie. Sofie is now in 12th grade, and coming up on
9 years of seizure freedom and working towards being an EEG technician. To
further focus their passion for epilepsy awareness, and to ensure others are
afforded great epilepsy care, the Levy Family created EPILEPSY AWARENESS
DAY with the first event held on November 7, 2013.
“The Epilepsy Awareness Day at Disneyland has become a unique opportunity for
patients with epilepsy and their caregivers to interface with non-profit and other
groups to openly communicate about their needs and available services,” said
neurosurgeon Dr. Gary Mathern. “This is a model meeting that should serve as an
example for others around the world.”
Preparations are underway for 2018, with an expanded focus. “The good we are
doing, is an incredible feeling that goes beyond description,” said Brad Levy, CoFounder. “We are transitioning to a year long Epilepsy Awareness campaign, with
a three-day physical event as the anchor to our efforts. Planned for this year, we
will have an updated site, multi-platform social media presence, video campaigns
working closely with our medical board and expanding our hospitals. Our mission
is now a year long epilepsy awareness effort.”