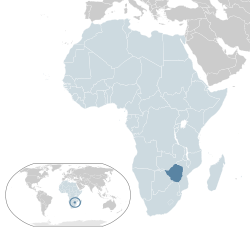 I lived in Zimbabwe, was a springboard diving and swimming champion, and hit a diving board at the age of fourteen (14). Not long after, I was diagnosed with epilepsy. Still today, I am convinced this was due to puberty, a hormonal imbalance, and stress from exams at that time. Doctors denied these reasons.

My seizures commenced as petit mal (now known as absence seizures) which later turned into grand mal (tonic clonic) seizures a year later. Thank goodness, I had a wonderful family who helped me accept my epilepsy, explained how a seizure occurred, what happened during the process and gave me the courage to have the patience, willpower and understanding to carry on with life.

I was bullied at school but found the strength to ignore the discrimination and decided to ‘go it alone.’ At the age of seventeen (17), I went to College, obtained a Secretarial Diploma, managed to find employment in a Group of Hotels, move into my own little flat close by, and had found my independence. I found new friends in the working environment, my bosses understood my epilepsy and with the help of medication my epilepsy continued to improve.

After many visits to my Neurologist and trying different types of medication over the years, I was eventually put on Carbamazepine and Phenytoin, which I have now been on for over 25 years. Due to a shortage of medication in Zimbabwe years later, I moved to South Africa (Kwazulu Natal), where I now obtain medication through an Outpatients Clinic at one of the local Government Hospitals. Control of my seizures has also been gained.

Employment has been extremely difficult to find. I am discriminated against by both employment agencies and companies looking for employees, and the stigma of having epilepsy is widely spread. Living on a visa stamped in my passport every six months until I obtained Permanent Residence or I.D. brought on further difficult situations – papers were continually lost by our Government Departments upon application, and eventually five (5) years later an Identity Document for South Africa was issued. The visa stated that I was not allowed to work or study, so naturally with no employment, my life definitely changed. From a wonderful career, which started in Zimbabwe many years ago to no career in South Africa since 2004 and still today.

A Disability Grant was refused twice by SASSA, the reason being that ‘epilepsy was not considered a disability’, so I had no income to start off with in a new country! Times were hard and my husband was forced to take early retirement two years early, leaving his position over two years ago. Where do we turn to here and now?

I decided to turn my interests elsewhere. I became a National Member of Epilepsy South Africa and in 2009/2010 joined their Epinews Panel (a panel of members with epilepsy) who collect personal stories of people with epilepsy, edit all articles into a bi-annual magazine (Epinews Summer & Winter Magazines), which are then distributed to all members and anyone interested in epilepsy. This is all done on a voluntary basis but I have found everyone has a different story to tell, everyone has had their ‘ups and downs’ with their epilepsy. I usually have one tonic clonic seizure (35 minutes long) every month and I’m luckily still able to obtain medication; many people in rural areas do not get to doctors, do not obtain medication and suffer with their epilepsy day after day without any care or appropriate treatment.

From being involved with Epinews since 2009/2010, I was invited to two separate conferences held by Epilepsy South Africa which were the most wonderful experiences of my life. Meeting so many others with epilepsy, so many individuals with a disability, seeing how they coped and how disadvantaged they all were, gave me the strength to counsel, give advice, support, love and hope to so many others who had no friends and no one in their lives who understood the discrimination and stigma they faced in the country today.

This turned me towards the internet for more research as well as social networking sites, such as Facebook and Twitter. I started immediately talking to other people with epilepsy, finding friends, giving them the confidence to accept their epilepsy, have hope, faith, and message me whenever they needed to talk to someone in this regard.

I have met more ‘friends’ on Facebook and Twitter than in Zimbabwe or South Africa, and my advice and counseling system has spread to so many supporters worldwide, and I am helping others understand their epilepsy, join up in groups, meet friends and begin to socialize in the outside world. From being on Facebook since 2009, I had the dream of opening up my own motivational page. This was accomplished on 1st March, 2013 (now with 8983 Members), and giving many individuals the support they need by means of a small quotation and motivation on a daily basis.

I am now fifty-nine (59) years of age, have had epilepsy for 43 years, and still know that my passion is to continue sharing my story on epilepsy, helping and supporting others. After constant persistence, I have managed to receive a Temporary Disability Grant which has to be renewed on a 6-12 monthly basis depending on what is given, and I am now in my fifth (5th) month seizure free!

Please remember, there is always light at the end of the tunnel; one just has to follow the right path to find it!

Lesley Donnelly
Lesley is passionate about supporting others with epilepsy. She is a National Board Member for Epilepsy South Africa and on the Epinews Panel, which collects personal stories of people with epilepsy. She also founded Epilepsy Motive Quotives, a community page on Facebook that provides information, motivation and support. You can also find it on Twitter.