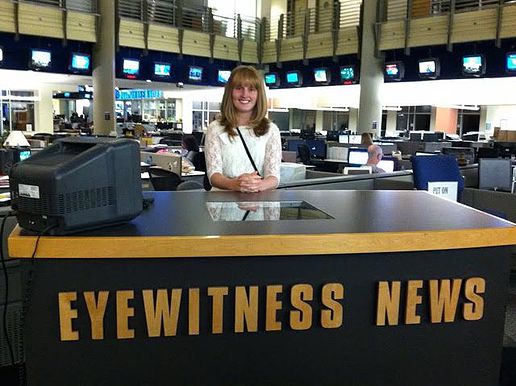 Megan, now 22, was a Junior in high school and one day in class, the students had to standup and talk about diseases, etc. One girl stood up and said that Epilepsy was a disease. Megan came home and was really bothered about that and decided to educate the students at her high school with the facts about epilepsy.

Megan then decided that for her Gold Award Project for Girl Scouts she was going to do a campaign about Epilepsy called “Epilepsy Awareness Campaign Just Discuss It”. Her project had three parts. First, she presented her campaign called “Epilepsy Awareness Just Discuss It” at her High School. The second part was making over 100 new patient notebooks for the UCLA Dept. of Pediatric Neurology. The notebooks were given to newly diagnosed patients and their families to help them navigate through the new diagnoses. She had charts, medication logs, websites, emergency instructions, etc. all presented in a white 3 ring notebook with extra dividers for medical papers, phone numbers, etc. UCLA Neurology passed all the notebooks out and said the clients really enjoyed getting them and that it helped a great deal. Megan actually kept taking notebooks up to Dr. Sankar for another year after she completed the campaign. Lastly, Megan made a YouTube video about epilepsy and how to “Discuss It”. She had help from her brother, Matthew. This took Megan about 8 months to plan, fundraise, execute, and complete the project.

Megan was then contacted by ABC News that she was nominated for the Cool Kid Award and she was chosen. That was a very exciting time for Megan, her Girl Scout Troop, Yorba Linda High School and family. After that Megan’s High School (Yorba Linda High School) surprised her with an assembly and awarded her the first ever “Cool Kid Award” from YLHS and a $100.00 donation to go toward her spreading awareness about epilepsy. After Megan graduated that year in June, she was contacted and told that she was a semi-finalist for the National Young Women of Distinction and that her Gold Award Project had been picked. She did not win the award that was given in Washington D.C., but the Girl Scout Council of Orange County honored her at their big event at the Disneyland Hotel in August, 2013.

It was a wonderful time and Megan really feels like she spread awareness and made the students at her high school (and district) a bit more knowledgeable about Epilepsy.
This was a big accomplishment for Megan not only because of the Epilepsy but she also has high functioning autism.